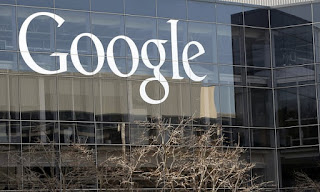 So, it is all over the social media.
Gizmodo published Google’s Ideological Echo Chamber, a software engineer’s manifesto or a 10-page screed against Google’s diversity initiatives. And everyone is joining in in the "fun".

The Guardian has Google staffer's hostility to affirmative action sparks furious backlash | World news | The Guardian and Segregated Valley: the ugly truth about Google and diversity in tech | Technology | The Guardian.
The Atlantic joined in with  A Googler's Anti-Diversity Screed Reveals Tech's Rotten Core - The Atlantic  and the Washington Post replied with A Google engineer who bemoaned racial diversity has sparked anger in Silicon Valley - The Washington Post.


So, about this Googler’s manifesto

and tell everyone he has left Google.

The author argues that women are underrepresented in tech not because they face bias and discrimination in the workplace, but because of inherent psychological differences between men and women. “We need to stop assuming that gender gaps imply sexism,” he writes, going on to argue that Google’s educational programs for young women may be misguided. oh well, I have heard this kind of argument so much recently, it's even not funny. 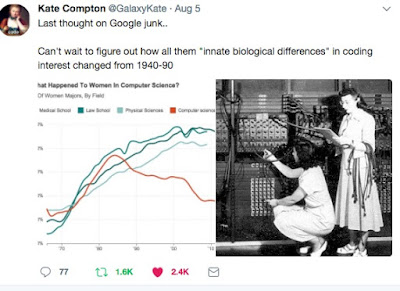 Quick and easy debunking in Neuro Nonsense  and How ‘Neurosexism’ Feeds Stereotypes About Male and Female Brains - Motherboard . But if you have more popular and easy to read debunking articles I'm very interested to hear about it.

If one wants to do serious reading, maybe follow up in the references mentioned in
https://www.edge.org/3rd_culture/debate05/debate05_index.html

a debate between two Harvard professors on the science of "gender science".
More sensible reading in Gizmodo today "Men Have Always Used 'Science' to Explain Why They're Better Than Women".
Posted by Valeria at 5:03 PM