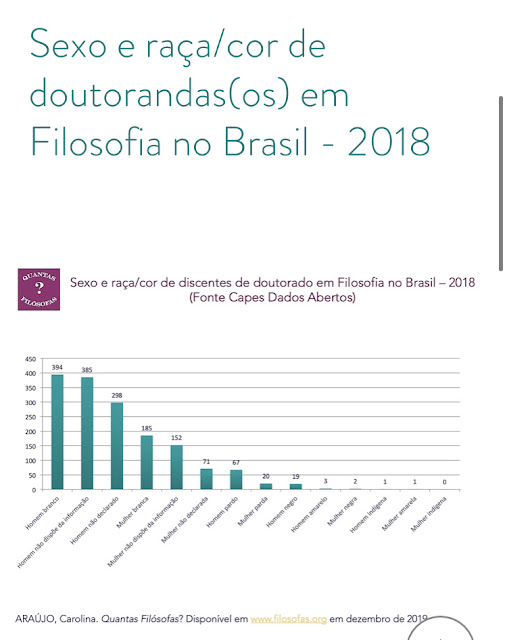 This is an Invited Post by Nastassja Pugliese, Assistant Professor at UFRJ, Rio de Janeiro, Brazil.

The day of inclusive logic (#ShutDownLogic) was proposed in the context of the #ShutDownStem, #ShutDownAcademia, #Strike4BlackLives movement as a day to stop research and put together a plan of action to end systemic racism in academia. On June 10th, 2020, members of the Logic Supergroup, an international group of logicians belonging to different departments in different Universities, hosted a 24 hours long event to work together on academic accountability and on specific tasks to address racial inequality in logic. The day was divided into slots that specific researchers decided to use for different kinds of discussions.

During the meeting, there was a consensus that logic, as most of Academia, has a long history of inequalities that contributes to the view that it is an exclusionary discipline espousing racism, sexism, and other forms of oppression. Because the main historical figures, acting professionals and researchers that gain recognition are white and male, logic as a discipline and as a practice is a key academic space to be occupied with explicit anti-racist initiatives.

The slot we occupied was hosted by Valeria de Paiva, Elaine Pimentel, Gisele Secco, and myself. We focused on making two points: raise geopolitical awareness for how racism expresses itself differently across cultures, and suggest that some practices put forward by the Women in Logic, such as collection and publication of demographic and diversity data, can also be undertaken for BIPOC in logic.

I started by pointing out that the talk of race in Brazil is still taboo and racial self-identification is full of misunderstandings. Our history as a racial “melting pot” was used to espouse the wrong view that Brazil is a racial democracy, making it harder for a collective recognition of our share of systemic racism.

Given our history of miscegenation, racism operates together with colorism. Colorism tells that there is a direct relationship between the strength of the violence one suffers and the degree of darkness of one's skin tone: light-skin blacks/mestiços are more easily accepted and suffer less oppression than dark-skin blacks. This layering of skin-tones and the associated prejudices contributes to a massive problem in self-identification for there is a tendency of mestiços (“pardos”) to consider themselves (and be treated) as whites. This problem of racial self-identification is a result of structural racism, of taking advantage of the privilege of being of a lighter color, but also of misinformation about race and history. This self-identification problem, if not solved, will continue to feed racism because it is an underlying cause of its systematic nature.

I illustrated the problem with the graph above representing the number of PhD students in Philosophy, in Brazil, in 2018 according to the markers of gender and race (source CAPES open data, open data made available by CAPES, the Brazilian governmental institution that keeps track of post-graduate students, online at https://dadosabertos.capes.gov.br/dataset/2017-a-2020-docentes-da-pos-graduacao-stricto-sensu-no-brasil):

The graphic tells us a lot, including that the demographic situation of black men (“homem negro”) is worse than that of white women (“mulher branca”) and of mixed-race men and women (“homem pardo” and “mulher parda”). This is a topic to be further investigated and discussed.  But the self-identification problem I pointed out before is evidenced in two categories in the graphic: “não dispõe de informação” (no information given) and “não declarado” (not declared). These categories represent the majority of the students. It is symptomatic, in my view, that around 56% of the totality of students (906 out of 1,598) either chose not to declare their race or the data gathering structure somehow could not inform their racial identification. Breaking the total of PhD students into a gendered analysis we have that 51% of the PhD male students (683 out of 1,338) chose either not to give their racial information or the system could not gather this information about them. In the group of women, the percentage is the same (51%), so out of 431 PhD students, we lack information for 223 of them.

We think it is high time to further stimulate and consolidate the racial self-identification talk in Brazilian academia and the logic community. For a start, we have to recognize that the experience of race is different for each social group and assume that the racial experience of another might be incommensurable with your own racial experience. This also means not treating all BIPOC as if they were a homogeneous group with a single history of oppression. Hence, in discussing racial inequality we should be careful (1) not to appropriate a specific fight to promote another group’s agenda, and (2) not to add minority groups together to make a more palatable (and conservative) demand. Expressing solidarity and walking together is only a powerful political strategy when we recognize and continue to be aware that some minorities “pass” more easily than others, i.e., have privilege in relation to other minority groups.

Finally, as part of this diverse group of Brazilian women logicians acting on distinct areas of logic, I would like to further engage in one more topic:

Curriculum development: What we do depends on how we learned to do it. It is high time we focus on logic education and the dynamics of the classroom space. Problems such as stereotype threat and the solo effect contribute to a climate in the classroom that is detrimental for the growth of BIPOC. We should look for an interdisciplinary approach to logic in courses where students can specifically learn the history and discuss diversity. Hence, it is important, as highlighted during the event, to have more scholars engaging in the history of logic in order to localize racist, sexist, and xenophobic claims in the given authors. The goal is to dissociate these arguments from the image of the field of logic so as to improve the structure and the professional experience for diverse students and professionals.

Finally, during our talk in the inclusive logic day, we recalled some practices put forward by the Women in Logic initiative and suggested that it would be important, for the sake of accountability, to collect and publish demographic and diversity data. We also talked about keeping track of BIPOC that have been invited for key conferences and that are part of societies and associations. The idea here is to build our collective memory and make sure we recognize their work properly.

This topic deserves another blog post, so I will end here. For now, if you got interested, you can read former posts on this blog to get informed on the initiatives that have been happening so far. And please share these initiatives with people that will benefit from knowing that they are not alone.
Posted by Valeria at 7:34 AM