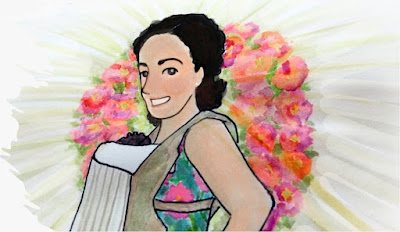 Celebrating life and publicizing the legacy of women who, no longer transiting among us, remain vivid as inspirations in our memories and actions is a way of resisting the discouragements of these times – which we can barely describe without disturbing our hopes.

On the 20th of March, by the ruler of the Gregorian calendar, Carolina Blasio – a young and talented feminist Brazilian philosopher and logician – would be commencing another life cycle. Astronomically, the date is also when the equinoxes occur, the days in which day and night, in symmetry, last practically the same time. In the South of the globe, the date marks the arrival of autumn light, in the North one celebrates the colors of spring.

To make Carolina Blasio’s trajectory known and to preserve her legacy for philosophy, for logic – but above all for people who dedicate their lives to these fields of knowledge and knew her – we chose March 20th as a symbol of her life, vivacity, and of the rarity of the philosopher, logician, teacher, friend, tutor, and mother – the woman who Carolina was. Although the event was imagined in 2020, only now have we been able to announce it and to invite friends, colleagues, and students whose memories attest to Carolina's importance as an example of integrity, brilliance, and generosity inside and outside the academic environment – to send short texts and videos associated with Carolina's intellectual interests and personality traits. This is the Carol Blasio Day for Diversity in Logic!

To the extent of our strengths and agendas, for this first edition, we also encourage among friends the holding of small events associated with the celebration. With these humble gestures, we are just beginning the propagation, beyond the circles frequented by Carol, of her multiple efforts in favor of more equity, diversity, and inclusion in Academia. Those efforts will not be forgotten, as they are already being transmuted into energy of action for more diversity in teaching, studying, and popularization practices of Logic in our country.

All tributes – reports, letters, notes, and other forms of written record sent to us (mainly in Portuguese) are available on our LBBlog.

The video tributes are available on the  Brazilian Logic Society (SBL) YouTube channel.

In celebration of those who are gone (el Día de los Muertos), the Lógica MX collective posted a very informative thread on Carol's legacy (in English) on their Twitter account.

Finally, we list below some events and publications associated with the celebration of Carolina Blasio’s life and work.

Title: Dialectics and the Kolmogorov-Veloso Problems

Link: contact us logicasbrasileiras at gmail.com. (The talk will be held in Portuguese)

A special volume of Synthese was dedicated to the memory of Carolina Blasio, Varieties of Entailment. We recall below the two first paragraphs of the introduction to this volume, written by Wansing and Ruffino (who was also Carol’s Ph.D.)

This special issue of Synthese is dedicated to the memory of Carolina Blasio da Silva, a young and talented Brazilian logician, who sadly left this world too early, only one day after successfully defending her Ph.D. thesis on non-classical forms of entailment at the University of Campinas, Brazil, on August 25, 2017. Carolina originally studied Psychology and Philosophy at the Federal University of Juiz de Fora, Brazil, and did her MSc on Heidegger and the question of time. She did part of her undergraduate studies in Passau, and spent time as a visiting researcher, during her graduation period, at Tel-Aviv University, King’s College London, Vienna University of Technology, the University of Lisbon, and Ruhr University Bochum. She was the administrator of the Brazilian discussion group on Logic, an active member of the Brazilian LaTeX community, and a feminist campaigner.

Before her untimely death, Carolina was working intensively on a many-dimensional notion of logical consequence and generalized logical values related to that conception. She did so not just in her dissertation, but also in several papers (some of them already published and some about to be submitted). For those who had the fortune to know her, it was at the same time lovely and inspiring to see Carolina being both an active young researcher and a caring mother in the many international conferences on logic and philosophy to which she brought her baby daughter. Carolina’s enthusiasm and intellectual love for her work were contagious, as was her sympathy, personal charisma, and generosity, and we are grateful for her legacy both as a philosopher and as a human being. She is survived by her logician husband, João Marcos, and their daughter, Maia. 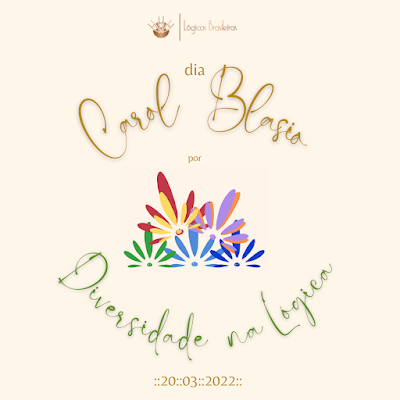