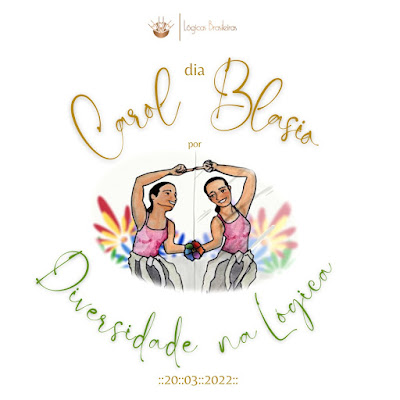 Logic and Philosophy are, still, two male-dominated fields. Nothing new under the sun.

What is relatively new is the fact that over the last years, all over the world, women and the so-called minorities have been gathering, raising their voices at events, and publishing their complaints about gender disparity (and other ways in which diversity is lacking) in academic environments. We have been paying more and more attention to the nuanced ways through which misogyny, racism, and other discriminatory tendencies affect women in many contexts: research, transmission, and communication of logical knowledge. We have been registering data, elaborating claims and suggestions for transforming the logical landscape in all its disciplinary interfaces (with Computing, Philosophy, Mathematics, etc..), making its practice more attractive and welcoming for people who "normally" do not adapt to the often-harmful atmospheres in which logic is practiced. Everyone acquainted with the Women in Logic project can understand that we are just getting started.

In Brazil, where Logic is a subfield of Philosophy (at least from the point of view of the institutional taxonomy through which research is funded by public institutions), things do not differ much from what one could call “the average situation” with respect to disparities of gender, ethnicity, class, etc.. in logic as a field in rest of the world. In 2019, in a roundtable during 19th the Brazilian Logic Meeting, the “women problem” was officially assumed by the Brazilian Logic Society – nowadays presided by a woman. In tune with initiatives such as the WiL project (but also the Inclusive Logic Day, the Women in Machine Learning, the German-Speaking Women Logicians, among others), and taking into consideration the specifics of our context, in 2020 we launched the website Lógicas Brasileiras (Brazilian Women Logicians).

Our central aim is to give visibility to the work of all Brazilian women involved with logic as researchers, professors, teachers and/or disseminators to broader audiences. We believe that this kind of initiative is crucial for encouraging more young people, especially women, to invest in their potential. It is essential to show them that they do not need to feel alone, that there is a community for all of us.

Up to now, we have been interviewing women that do/teach/disseminate logic, gathering materials for historical research (such as this one) and participating in one or another event (like this).

Today March 20th we are celebrating Carol Blasio Day for Diversity in Logic,

about which you can read more in the Logicas Brasileiras post here.

Our communication is held mainly in Portuguese, but you can find some of our things in English here and here.