A ton of feathers is still a ton 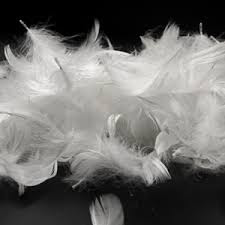 So I've decided to publish (anonymous) personal stories from women in our group.

I want to know about your personal stories of
discrimination/slights/sexual harassment/whatever you want to
describe. It can be anonymous (write to my gmail) or public. It can be
small or big--as the women in the documentary "Picture a Scientist" were saying, a ton of
feathers is still a ton. It can be about the work, the way you dress,
the way you smile or not. Feel free! We had an open conversation like this
in the Women in Logic meeting in Oxford 2018, but I was a bit too busy
then to do something about it. Now I can deal with it and I want to!
Help out with the stories, please--even if you told them in 2018
already. #MeToo #gendergapSTEM #willnevergetthere

There are dozens of things I could mention from my career
in engineering, mathematics, and logic/philosophy.  Even as I imagined
writing them down, the feeling of "Who's going to believe it" arises.
I have selected examples that are particularly objective.  Here are
the first two:

1. As a graduate student supported by a Teaching Assistantship in a
mathematics department:  our schedules were very tight, as we had
heavy teaching loads along with coursework.  Often the only time to
work on assignments was the weekend.  One professor set the due date
for Friday.  When I remarked to a male peer that the situation was
utterly impossible, he replied: "Oh, I got an extension until Monday.
Just ask for an extension."  So I did. To my surprise the professor
laughed at my request condescendingly, denying me any extension beyond
5pm Friday.  He found the situation I was in humorous.  I was stunned.
Weeks later, a woman officemate remarked to me that the professor gave
extensions to all the men who asked, but denied extensions to the
women who asked.

2.  At the end of the MA degree in that same mathematics program,
there was an oral examination consisting of being asked to present,
without notes, any of the proofs or problems from a set of ten that
were mutually agreed upon ahead of the oral exam.  I thoroughly
prepared to be able to present any of the ten problems/proofs upon
request.  The exam began, and I launched into a reply to the first
proof requested.  I hadn't written three lines on the blackboard
before one of the professors interrupted and said, "Well, we know you
can do all those - you've prepared for them."  Then he asked me
questions about topics that I hadn't prepared for, and couldn't be
expected to know.  None of the other professors intervened to get the
oral exam back to the expected protocol.  After torturing me with
questions I hadn't prepared for for an hour, I was asked to leave the
room so the examiners could discuss my performance.  After waiting
some time in humiliation, my advisor came out and said  "They passed
you.  Your written work [over the course of the MA program] was much
better than your oral performance [on the MA oral examination that
day]."   There was never any recognition that the exam protocol had
been violated to practically guarantee that result.
Later, I ran into a male MA candidate who had also recently had
his oral examination.  He commented about the experience, saying
something to the effect of "That was a joke."  "How do you mean?" I
asked, hoping to commiserate.  I was stunned by his answer.  "Well,
you must know.  They don't ask you any math questions, they just chat
with you, like, they asked me, 'How was your summer?  What are you
doing next year?' " 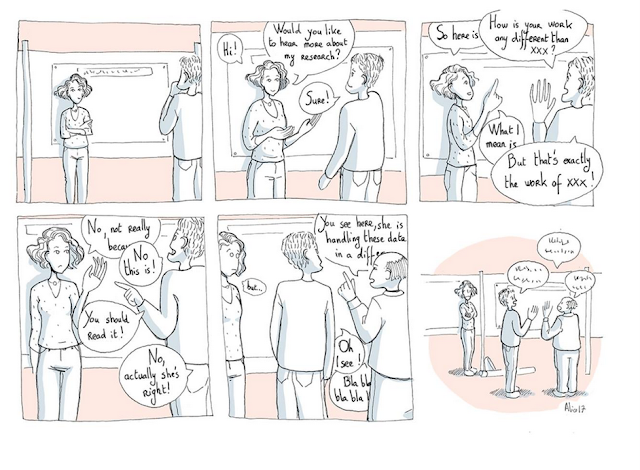