I have never been to Romania. I was even unsure whether the country was called Romania, Roumania or Rumania. (I have now learned that since 1975 it is Romania).

I had only known about Dracula and Transylvania and  Nicolae and Elena Ceaușescu's execution, as dreadful grainy pictures in old newspapers. So I was in a bit of a bind to tell a story about this congress, as I have been writing about others. 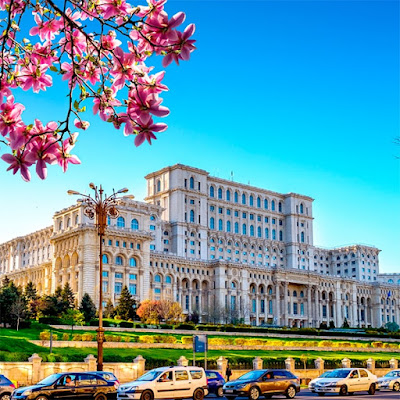 Of course the hard information about the Congress is  available. Most of the program committee consists  of very well known logicians: P. Suppes (Chairman), A. Mostowski, A.A. Markov, M. Rabin, G. Kreisel, W. Stegmüller, K. J. J. Hintikka, A. Grünbaum, M. O. Beckner, A. N. Leontiev, P. Lazarsfeld, S. Marcus,  and M. Hesse as Section Chairmen. This way I 'discovered' the work of Mary Hasse and you should too.

I also read about the Romanian Organizing Committee: A. Joja, G. Moisil, C. Popovici (General Secretary) and wondered about how close this congress was of the taking of power by Ceaușescu. I read most about Moisil, because I like algebraic logic. But this is not a sensible blog post material here.

So I ended up looking up the President of the Executive Committee of the Congress, Stephan Körner, The University of Bristol BS8 IRJ, England. I learned that he was the father of Tom Korner, who was one of my professors in  the Cambridge Part III course. Tom was an extremely nice professor, not only to me, but to generations of Part III students. His website gives a glimpse of his kind of self-deprecating humour, which I always enjoyed, once I was able to understand it. 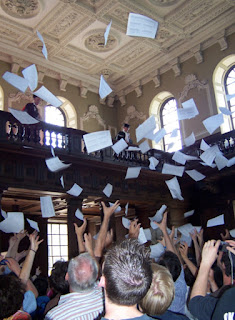 Tom has some advice for people taking Part III in his website. This brought back loads of memories of my year doing Part III in Cambridge: it definitely was the hardest course I've done in my life, by a very long stretch. So it's kind of comforting that much more accomplished people than me also say so.

Reading his advice I was reminded of a story from when I first started in Cambridge. I could read English well and I could take exams fairly well (I was accepted in most of the Mathematics departments I applied to do my Phd), but I had been thinking of going to France, where I knew a professor doing categorical model theory. Hence my spoken English was terrible and my understanding of spoken English was even worse. For a few weeks in the beginning of Part III lectures, the abbreviation (TFAE = the following are equivalent) was written in the huge blackboards
of the Mill Lane Lecture rooms over and over. Little me assumed that the letters where the initials of some very famous mathematicians, so I kept thinking to myself, these guys, who are they? They're everywhere, even more than Gauss? How come I never heard of them? Eventually the penny dropped, but I think this shows how hard that first year was. 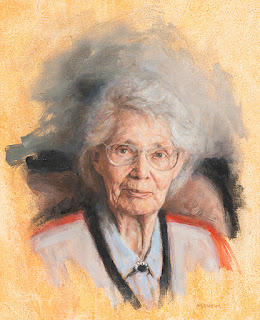